Plant a tree in memory of Katherine
An environmentally-friendly option 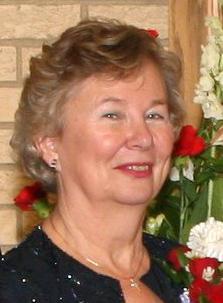 She began her career at the McHenry County Court House on October 16, 1959 at the County Clerk’s Office. She was first elected as County Clerk on December 1, 1990 and continued serving until her retirement on November 29, 2014. She was the only county employee to serve for over 50 years and was recognized for her achievement by the Illinois General Assembly. In the resolution it stated, “Katherine Schultz has been responsible for many acts that have improved the transparency, efficiency, and integrity of McHenry County elections.”  Under her leadership McHenry County was the first large county to use “optical scanning voting machines” the Illinois House of Representatives recognized her research and implementation of the voting machines. In 2011 the Illinois Association of County Clerks and Recorders named her the “County Clerk of the Year”. She served on many committees and was proud of bringing electronic voting to the County. She loved bowling and golf and was an avid reader. She loved to travel, she visited all states except Hawaii, Washington and Oregon. She was loved and will be missed.

She was preceded in death by her parents; her husband Donald; two brothers Emery and Rick Cross; a daughter Cynthia Swan; and a granddaughter Tonya Guercio.

Services will be private.

Plant a tree in memory of Katherine by clicking here.
To send flowers to Katherine's family, please visit our floral store.

A service summary is not available

Plant a tree in memory of Katherine
An environmentally-friendly option

Plant a tree in memory of Katherine

2 trees planted in memory of Katherine

I didn't know Kathy personally, only when I worked as an early and general election judge numerous times.  I knew I could count on Kathy if there was a problem to solve at the polling sites when I worked.  She represented the absolute best of the concept of public service.  I have missed her not being in office for that reason, because we need more people like her in public office.  Please accept my sincere condolences for your loss.

Kathy was one of a kind.  Always willing to help
if you had a question. Rest in peace my friend.
John and Josie Jung

Kathie had a quiet voice but a forceful will to do what was needed to best serve the people in this county. I valued her friendship and we shared many frustrations, but mostly we shared laughs over small stuff, good books, and loving our family. A special lady will be missed.

Kathy and I met at the Woodstock Kiwanis Club--me a banker and she as the county clerk.  She was the person you went to for a no-nonsense but kind answer.   So sorry for your loss.  Rest in peace, my friend.  Carol Heisler

Enjoyed working with Kathy. Will miss that great smile. Love and prayers to the Family. Carol Saunders

Plant a tree in memory of Katherine